Near the end of our time in Texas, we took a trip to San Antonio, and our first stop there were the Natural Bridge Caverns, north of the city proper.

Like most lads raised on a diet of adventure fiction and Dungeons & Dragons, I find caves both intriguing and intimidating. Caves are mysterious entrances into the bowels of the earth, and liable to hold either smugglers (according to the Hardy Boys), hostile insect men (Module S2, Lost Caverns of Tsojcanth), riches and dwarfs (Tolkien, Wagner, et al), or a gas which will put one to sleep while simultaneously enabling you to have awesome adventures on Mars (John Carter).

Sadly, I never entered into a cave as a child, and have only done so twice as an adult, so I was happy for the girls to experience an underground structure such as this one found in Texas. 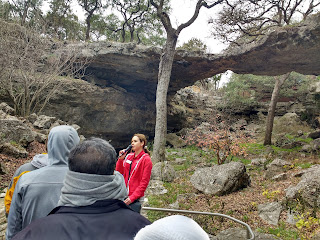 The caverns are named after a natural bridge above them which predates the discovery of the caves below by a considerable number of years. The cave system was not found and explored until 1960 by students from St. Mary's University. A considerable tourist attraction has evolved around the caves since, but the scale and majesty of this underground marvel cannot be overstated. 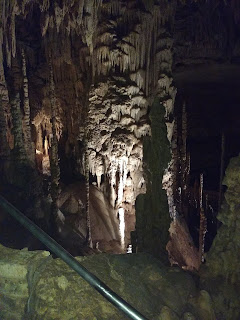 Stalactites and stalagmites abound, as do a number of columns that reach from the top to the bottom of some fairly immense caverns. 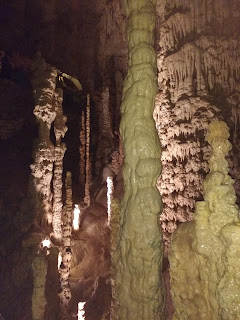 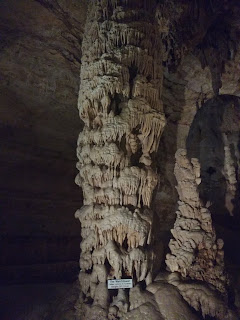 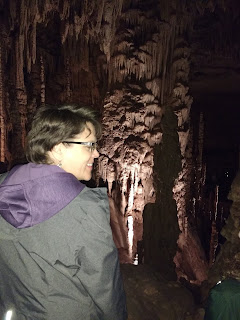 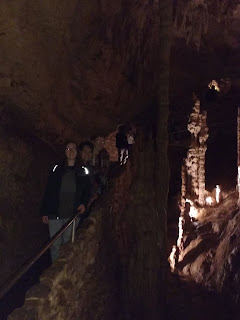 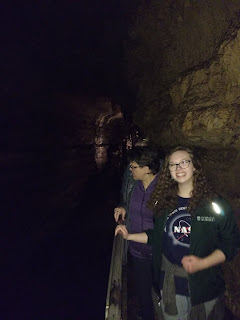 The trail they've built into the caves gives tremendously good footing, and handrails where needed. This is good, because the caves are warm and moist (21 degrees Celsius and an astonishing 99% humidity!) year-round, which I feared would make things dangerously slippery. 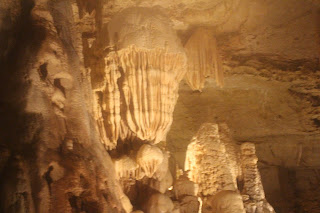 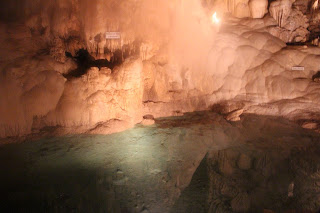 Ah, how many underground lakes like this populated the vistas of my childhood... no blind cave sifh, though, as near as I was able to determine. 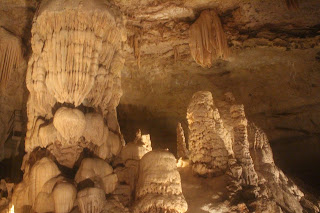 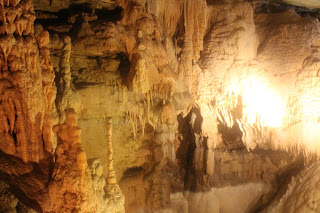 Some passages were a little tight, but others were absolutely immense. 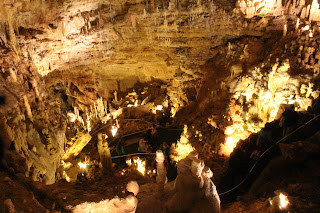 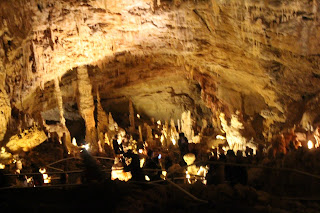 The largest room, The Hall of the Mountain Kings, is the size of a football field!

Primitive stone arrowheads and bones from a cave bear have been found in the caves, making it likely they were used for shelter in the distant past at least. Still with so much of the cave unexplored, it is easy to imagine finding such a place too unsettling to stay in for long.

The underground has always captivated our imagination though: Tartarus, Gehenna, Moria, Menzobarranzan, the Underdark, Pellucidar; even Alice in Wonderland was originally entitled Alice's Adventures under Ground. I was grateful for an opportunity to see some amazing geological features and to share my underworld wonder with Audrey and the girls. 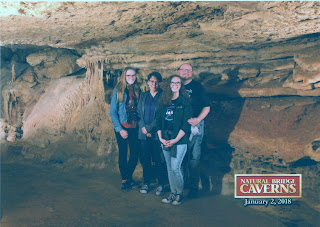 Posted by Stephen Fitzpatrick at 11:17 PM